The death and funerals industry is due for a shake-up, a growing number of tech start-ups believe.

After you die, how do you fancy springing back to life in the form of a digital avatar?

Your digital ghost could jump onto Facebook and join in a light-hearted argument about Friends, or post Instagram updates reminiscing about that Italian road trip you took with an ex-lover.

Living a digital afterlife might sound strange - a possible episode of satirical TV show Black Mirror perhaps - but some start-ups are investing serious time and money in the concept.

Eternime, for example, plans to combine your online footprint - made up of everything you've ever posted on social media, your thoughts, smartphone pictures and so on - with artificial intelligence to create a digital version of yourself.

This digital representative could interact with your loved ones - and your descendants - long after you've died.

"Depending on the facts it has collected, the avatar will be able to offer anything from basic biographical data to being an engaging conversational partner," says Marius Ursache, Eternime's founder. 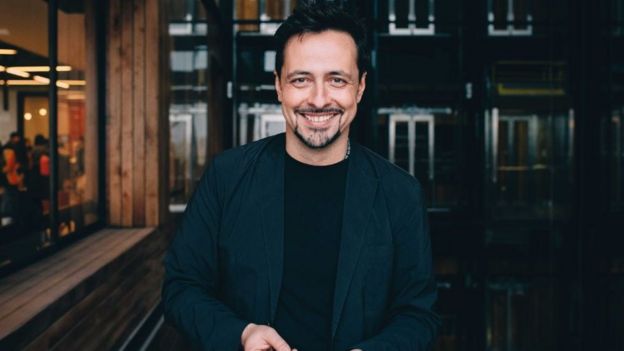 Image captionAn avatar of a loved one could be "an engaging conversational partner", says Marius Ursache

It is set to launch next year, and according to Eternime, more than 37,000 people have already signed up for the service.

But if you feel such a digital imprint might be a step too far - not to mention creepy - you could always schedule a few social media messages via DeadSocial.org to be published online after you've died.

It might be best to pre-warn your nearest and dearest of your intentions, though.

More pragmatically, technology is also helping people organise their funerals before they die.

Rebekah Doran is only 28, but the Los Angeles-based travel consultant has already planned her funeral through a firm called Cake.

On the day, guests will be served chicken and waffles and glasses of French wine, while listening to classic folk music.

"Having an end-of-life plan is even more important for young people, because should the unthinkable happen, we are the least likely group to be prepared," she says.

Boston-based Cake lets consumers plan their end-of-life preferences, from the funeral to what happens to their Facebook page. All the information is stored, appropriately enough, in the cloud or shared with family or friends.

"As generations of digital natives age, it is inevitable that people will seek a digital solution for end-of-life planning," says Cake co-founder Suelin Chen.

"Your end-of-life plans are exactly the type of information that should live securely in the cloud, where they can be accessed and updated from anywhere, and not just on pieces of paper stuck in a drawer somewhere," she says.

The business of death in general has not been known for its technological innovation.

Yes, we've had ashes being blasted into space, and biodegradable coffins and urns - some containing seeds - but a growing number of start-ups around the world believe this is an industry needing to be shaken up.

In the UK, two companies - Co-operative Funeralcare and Dignity - dominate the £1.7bn funerals market, with shares of 25.2% and 18.4% respectively. 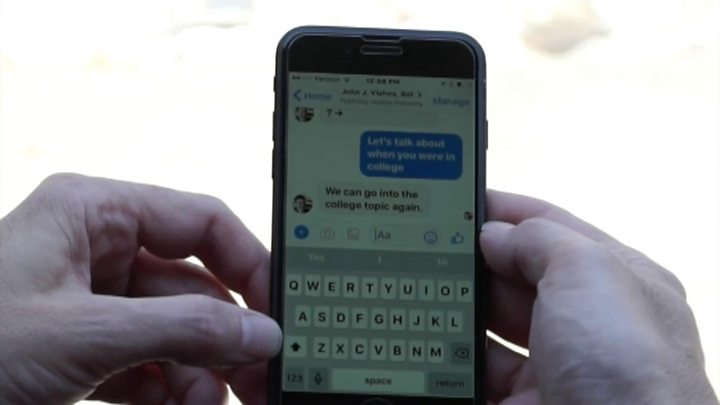 That's bad for competition, thought Funeralbooker, so it developed a marketplace that lets people compare the prices of funerals across the UK.

"Until we launched, there was zero transparency of pricing online," says Funeralbooker chief executive Ian Strang.

"Your only way to compare prices was to go round town and bargain with different funeral directors, all of whom have different pricing schemes."

Not only does Funeralbooker enable customers to shop around from the comfort of their own homes, he says, but it provides independent funeral directors with "a collective presence online to counter the spending power of the large chains".

In the US, Parting allows users to search for funeral directors by zip code (the US equivalent of postcode), while Stockholm-based online funeral planner Fenix organises funerals across Sweden online or by phone. 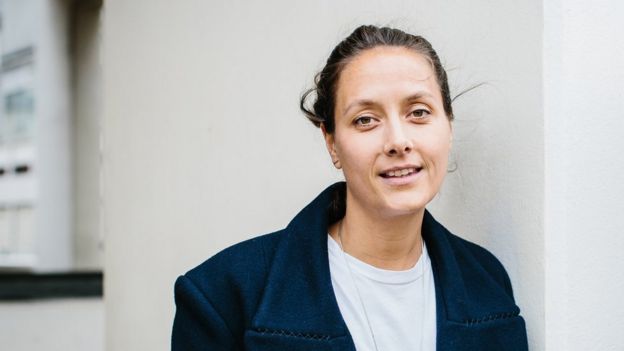 Making a will is also one of those unwelcome tasks too many of us put off.

But Alice Walsh, 37, used Farewill, a website offering will preparation and funeral-planning services for just £50.

"My husband and I had been meaning to do a will for about five years, but we never got round to it," says Ms Walsh, who runs her own accessories and jewellery brand.

"A will, to me, was always a slow, serious document that needed to be done with a lawyer. Instead, we found a pragmatic organisational tool that we can manage and update as our life develops.

"If I'm happy to bank online, shop online and run my business online, then having my will online is a given," she says.

Of course, such simple online will-preparation services may not be suitable for people with complex estates and children from multiple marriages, but as Mr Walsh says, it helped her cross off an unpleasant task from her list quickly and easily.

Is 'tap and go' a better way to give to charity?

Dan Garrett, Farewill's founder and chief executive, says one of his clients "insisted his wife wore his green crocs to his funeral because of how intensely she hated them.

"That's real love to me, the kind of wish that makes you cry and laugh at the same time when you get it in real life," he says.

From live-streaming of funerals to after-life digital avatars, it's clear that technology is infiltrating this most staid of sectors.

"Technology is coming in and making the industry more transparent in many ways, from finding a funeral director, to end-of-life thinking," says Louise Winter, funeral director at Poetic Endings and the former editor of the Good Funeral Guide.

But she believes further innovation is needed. And Mr Strang agrees, saying: "Other sectors such as healthcare and artificial intelligence are more interesting to investors right now.

"Death is less sexy and far more difficult to disrupt due to the slow pace of change."